Due to the closure of the Norbury Resource Center we are relocating to Lightwood House.

We havent been connected to the landline yet but can be contacted using the following details:
Mobile : 07773381621
Email: lynsey.button@shsc.nhs.uk

On the 19th December the group set off to the Hope Valley to enjoy Christmas lunch in a traditional country pub. The Old Hall Hotel in Hope offers classic pub meals alongside the festive menu within a relaxed and friendly atmosphere.

The group were seated next to a beautifully decorated Christmas tree and the mood became very festive, very quickly as crackers were pulled, jokes were told and party hats were adorned.

Lunch was served and everyone tucked in. An initial hush descended with just the odd ‘this is lovely’ or ‘really tasty’ being murmured through mouthfuls of roast turkey or beef. Although, it wasn’t long before we were back to the usual raucous banter, laughing and conversation that is so characteristic of this group.

We left the Old Hall Hotel content and replete for the bus journey back into Sheffield. Everybody commented on what a wonderful time we had, ‘one of the best so far!’

The Wednesday group had a lovely trip to the city centre. Whilst there we ate lunch and had tea and cake in the restaurant in Atkinson’s. We also spent time trying on furry winter hats and sampling the delights of the perfume counter! The group enjoyed looking at the large selection of wool for knitting and generally had a really good day. Many of the attendees commented that it had been many years since they had last visited town due to a variety of issues, even though it was something they had once done on a weekly basis, so it was lovely to be there again!

Each September we keep up our tradition of the Cleethorpes Day Trip and this year was no exception.  All our day centre members were invited to join us and we were able to provide appropriate care for all who chose to come.   Each person had a dedicated volunteer, relative or member of staff to accompany them throughout the day. 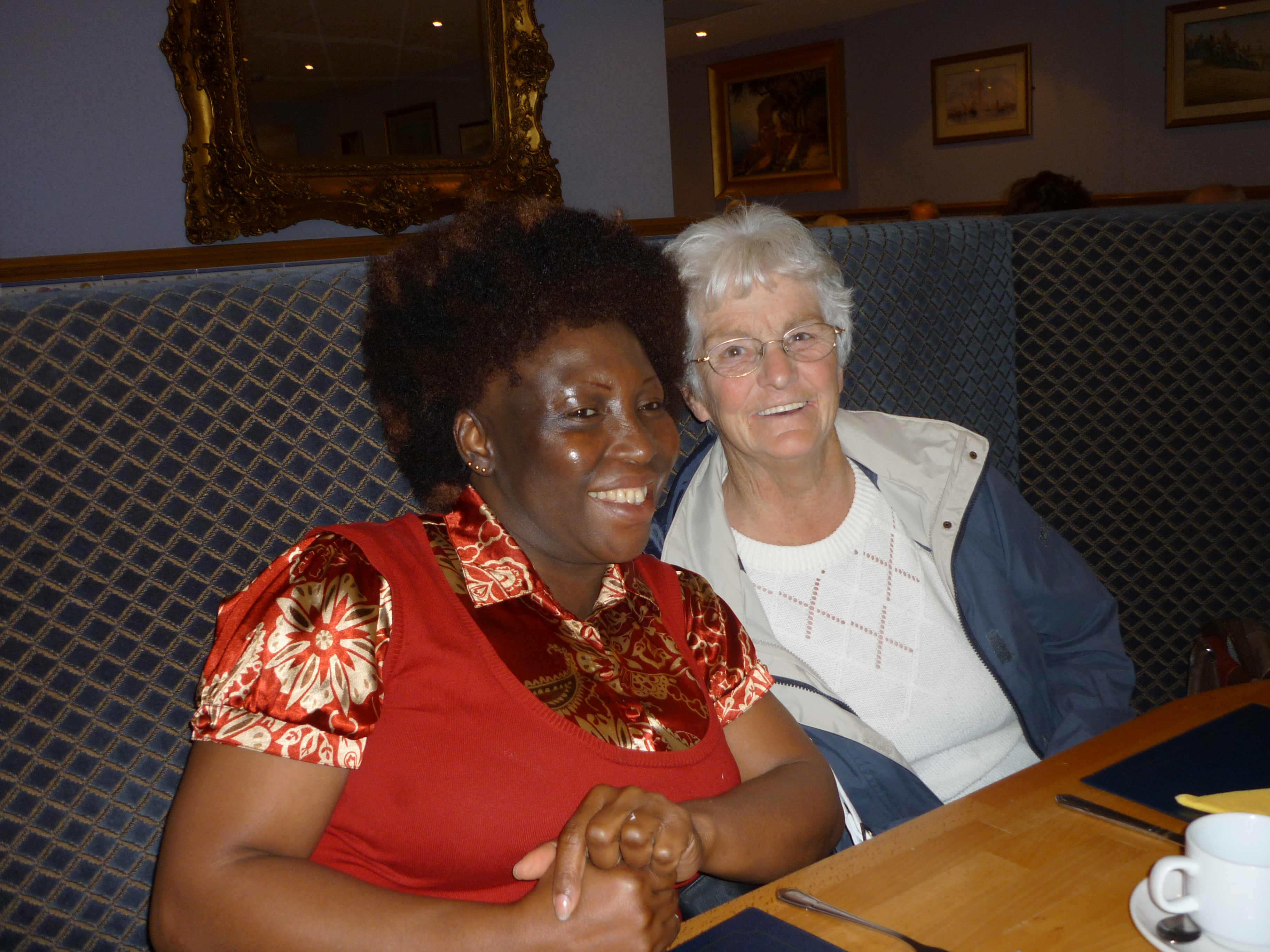 As we set off on the coach the weather kept us in suspense and we were not sure whether we would have sun or rain.  We didn’t let it put us off as we all climbed on board and everyone settled down to chat and look at the scenery.  Some members recognised parts of Darnall and Attercliffe and began reminiscing about where they had lived and worked.  There were some lively characters amongst us and soon we had a chorus or two of singing.

When we arrived in Cleethorpes it was bright and breezy so we walked a little way to the Ocean View Restaurant.  As we are regulars here we were welcomed and shown to our tables.  Everyone enjoyed tucking into an enormous hearty fish and chips lunch.  Afterwards we walked back down to the seafront and strolled along the promenade.   Seeing the sand and feeling the sea breeze lifted everyone’s spirits and raised smiles and laughter.  Of course we could not leave before enjoying an ice-cream, or a drink, on the prom and taking some ‘holiday snaps’.  In the background of some of the photos was an amusement arcade sign which said ’Taylor Made Fun’.  Just perfect!

We certainly had ‘A lovely time the day we went to Cleethorpes’.

The trip was paid for by donations and money raised by Lynsey, Peter, Gemma and Sacha who completed the Sheffield 10 kilometres race.

During the summer the BBC ‘Flower Pot Gang’ took on several challenges to re-vitalise unused land by creating community gardens.  Woodland View was the first one worked on by Anneka Rice, Joe Swift , Phil Tufnell and the local volunteers support group.

In September our Wednesday Group made an afternoon visit to the garden to see how much it had changed. It now has a summer house, a vegetable patch, tall flowers which are easy to reach and aromatic herbs.  A safe cushioned path leads to the ‘beach area’ where there are large pebbles, a boat shaped seat and a sound post.  From this you can hear seagulls, waves on the shore and ‘I do like to be beside the seaside’.

Our group were really impressed by being able to get up close to everything in the garden and use all their senses.  Well four of them, sight, sound, smell and touch but we had to go indoors to get our taste buds going with the hot drinks and chocolate biscuits.

Volunteers from Cardiff, who presents Lost Cord, come to Darnal Dementia Group Centre (DDGC) to entertain people attending the group who are still living in the community. The attenders seemed to have enjoyed all the songs which were being sang, they also sang along most of the songs and joined in dancing with the support from the students and volunteers.

Observing the attenders, singing along, I realised that volunteers from ‘ Lost Chord’ had an understanding of the therapeutic value of live music and that makes a real difference to how they approach the members of the group. They appeared to involving the all the attenders in the activity and they performed very well. The ‘Lost Cord’ had some few questions for the attenders about the names of the original singers the songs which they sang, most of the attenders managed to remember the names and shouted the right names. I personally thought it was a challenge for the attenders, but it was amazing some of the attenders could recall and remembered the songs and the singers. This was supported by Oliver Sacks (2007) that “Music evokes emotion, and emotion can bring with it memory, it brings back the feeling of life when nothing else can”.

I have learned that music can affect all of us, calm us, animate us, comfort us, thrill us, or serve to organize and synchronize us at where ever we are, it was powerful and have great therapeutic potential for attenders who live with dementia. I have seen how music can also open and stimulate minds of everyone especially attenders.